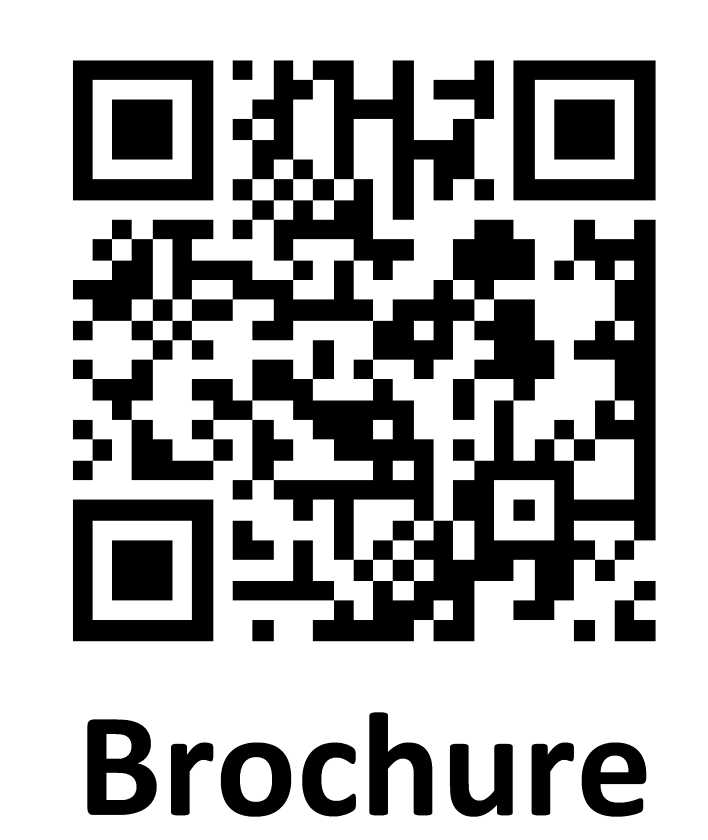 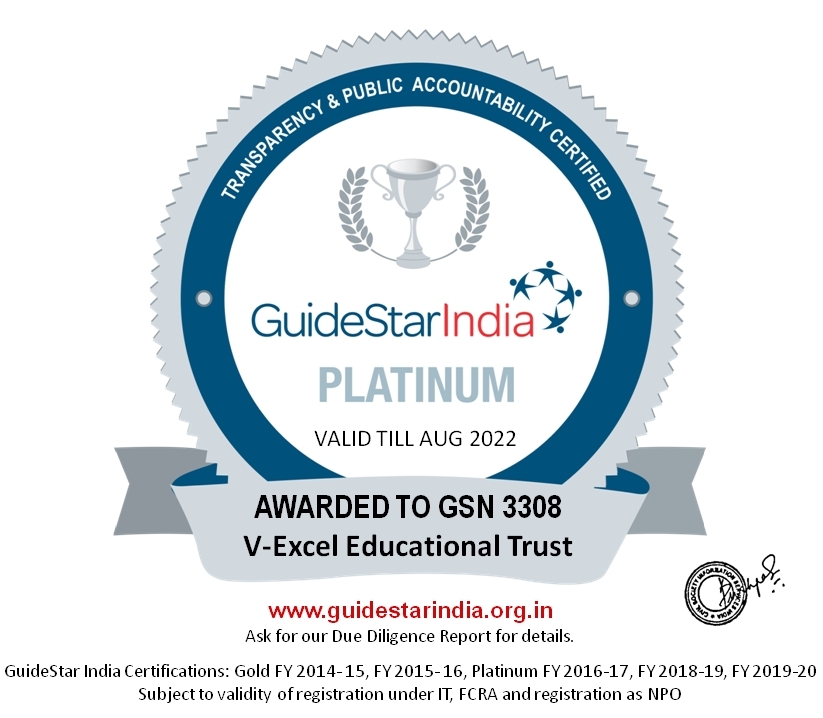 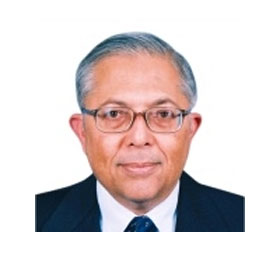 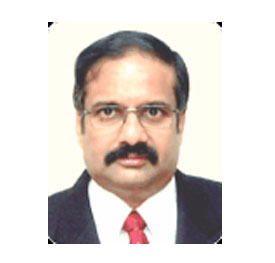 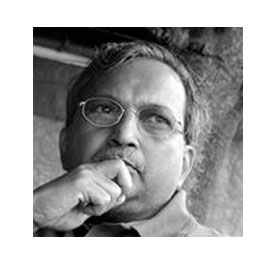 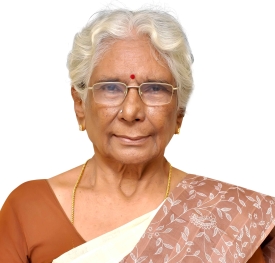 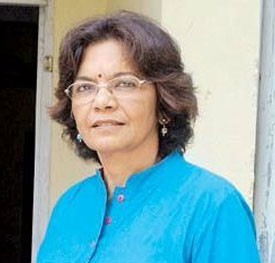 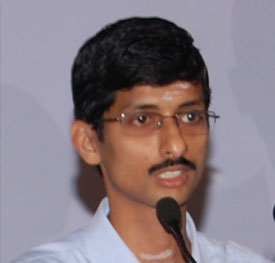 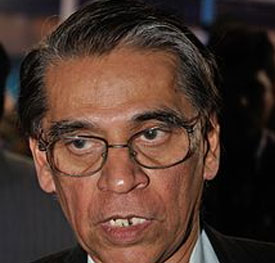 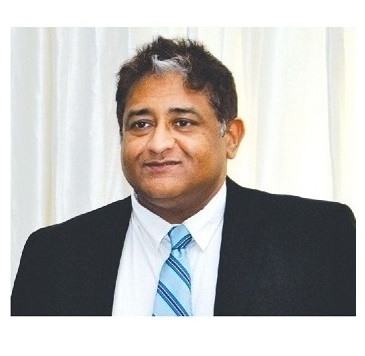 N. Ravi is the Chairman of Kasturi & Sons Ltd. He is Editor-in-Chief of The Hindu, and has been in journalism since 1972. N. Ravi holds a Master’s degree in Economics and a degree in Law, and was a Fellow at the Harvard Law School in 2000 and Shorenstein Fellow at the Kennedy School of Government, Harvard University in 2004.
He was Editor of The Hindu from 1991 to 2011. Joining The Hindu in 1972, he had earlier served as Reporter, Assistant Editor, Washington Correspondent, Deputy Editor and Associate Editor. His special areas of interest and writing include constitutional and political issues, economic policy, international economy, free speech and human rights, and India-U.S. relations.

He is the recipient of several professional awards, including the G. K. Reddy Memorial Award and BREAD Role Model Award, and was awarded an honorary doctorate by the Sri Venkateswara University, Tirupati. Among his other interests, he was President of the Federation of Amateur Radio Societies of India, and of the Tamilnadu State Aquatic Association.
He is currently a member of the National Integration Council, and between 2006 and 2008 was a member of the National Security Advisory Board of the Government of India. He is a member of the governing board of the International Press Institute (IPI), Vienna, and is the Chairperson of the India Chapter of IPI. He was the Chairman of the Press Trust of India (PTI), India’s premier news agency, and is currently a director of PTI. He is President of the Editors Guild of India.

S.S.Rajsekar is a first generation entrepreneur with over 30 years experience in real estate promotion and trade. He has also been actively involved in the area of rural agriculture management and social and community development as the Managing Trustee of National Agro Foundation, begun by Mr. C. Subramaniam former Union Food and Agriculture Minister who was awarded the Bharat Ratna for his leadership role in ushering in the Green Revolution. He is a proactive Rotarian involved in several socially relevant projects in and around Tamil Nadu. He served as an Independent Director at Oil and Natural Gas Corp (ONGC). Ltd. for three years.He is a Past President of Rotary Club of Madras East and held various offices at the district level.

He has organized a series of fairs, workshops and public education campaigns in areas of supreme relevance to the improvement of the quality of human life and has promoted environmentally and socially sustainable development. He is a Chemical Engineer (B. Tech) from Anna University. He has extensive senior-level contacts in the business community, through holding key positions in business organisations, Boards of Corporate Companies, Chambers of Commerce, advisory committees of Banks/Financial Institutions. He was the past president of Andhra Chamber of Commerce and currently he is a Managing Committee member of Madras Management Association. He has been on the board of CECL, since October 2005.

Dilip Kulkarni is a social worker and philanthropist who took voluntary retirement in 2008 from I-flex Solutions Ltd. (now Oracle Financials) with the sole objective of looking after the senior citizens in his family. He has enjoyed a long and successful career in Bank Of India, Reserve Bank of India / NABARD, Tata Unisys Ltd. (now merged with TCS), COSL/CITIL and finally I-Flex. Dilip has worked in banking operations and management extending considerable inlfuence in agricultural and rural development. In IT, Dilip's experience has covered operational, technical, consulting, financial, techno-business, customer relationship management, HR & Training, International Sales and Marketing, and Compliance arenas.

In the social sphere, Dilip gained detailed micro-level exposure through long and extremely detailed village visits and coverage. He has personally introduced village-level community initiatives in agriculture which have yielded tremendous results. He has been making regular contributions to NGOs that work for the benefit of children. In Solapur, Dilip works closely with a set of parents of special children and assists them in taking their work to the next level.

Mrs. B. Sundari is a tireless administrator and worker who is able to bridge the divide between governmental, private, and NGO sectors with consummate ease and professionalism. She was the Chief Administrative Officer and PRO for the prestigious Padma Seshadri Schools in Chennai, India for 40 years.She brings a wide array of experiences in the administrative and operational aspects of running a school. She has been a pioneer in getting the Government of India to entrust V-Excel with 10 school blocks in the Villupuram District of Tamil Nadu under the Sarva Shiksha Abhiyan (SSA) Program.

She oversees the conducting of medical camps, appliance distribution camps, and special events in these areas. She is also the contact person for accounting, audit, and all financial and legal issues of the Trust. She provides valuable input and direction in the day-to-day management issues of all initiatives that the Trust undertakes.

Dr. Rubina Lal, is an Associate Professor at the Department of Special Education, SNDT Women’s University, Mumbai and the President of the Autism Society of India. She has been active in the field of disability rehabilitation for more than 30 years. Her daughter, who has autism, has been her source of inspiration. In her career she has worked in the capacity of special education teacher, resource room teacher, teacher educator, researcher, research supervisor, and program planner. Besides teaching and conducting research at the University of Mumbai, she has served as the member of various academic bodies such the Board of Studies, Academic Council, Board of College and University Development, and Research and Review Committee etc.,

Dr. Lal is one of the experts being consulted by statutory bodies such as the Rehabilitation Council of India and the National Trust, Delhi, and the National Institute for the Mentally Handicapped, Secunderabad.
Her involvement with SOPAN, a Mumbai based non-government organization working for persons with autism and their families, has ensured that she remains engaged with the creation and expansion of services at the grassroots level.

Prof. Anand Jagadeesan, an academician in the field of management science and a management consultant by professional practice. He has over 22 years of experience in diversified sectors such as Oil & Gas, Media, Banking, Information Technology, Non Banking Financial Services and Higher Education. Presently he is a Managing Partner of CCG Business Consultants India LLP, Cyprium Advisors LLP and Chennai Consulting Group.
He has co-authored a book on Building Bridges among BRICs published by Palgrave Macmillan and also played the role of a Consulting Editor for "Journal of Consumer Behavior" in India.

He has represented in various International Conferences to present research papers in addition to providing research guidance to Post Graduate Students & Research Scholars. A certified teacher by Ministry of Education, Singapore and has travelled extensively in India, Middle East to teach students in the field of management. He also serves as a member of board of governors & academic council in the Institute of Chartered Financial Analysts of India and a trustee of Chennai Institute of Business Studies. He is an invited member by IIT (Madras) Alumni Association to mentor the students and a visiting faculty to various business schools in India.
He has conducted Management Development Programs to corporates such as JK Cements, Agility Logistics, Capgemini, Symphony, Alchemy, Wipro, Citicorp, SAIL, Madras Cements, MK Electric, LIC, Syntel, Pinnacle Software, Bahwan Cybertek, Muscat and HCL Technologies. He is an Associate Member of All India Institute of Management Association and a registered member of Independent Directorship.
Has been associated with various NGOs and have conducted workshops in the field of management for government schools. He is also quite active in entrepreneurship forums and a member of various professional bodies promoting entrepreneurship.
Has been instrumental in the concept, design and delivery of various short term management programs at ICFAI and has won awards from Management Associations and Media for his proven expertise. Has been featured as one of the promising management consultants in India by Consultant’s review magazine (part of Silicon India).

Thirumalachari Ramasami is the former Indian Science and Technology Secretary. He assumed charge in May 2006. Prior to this assignment, he served as the Director of the Central Leather Research Institute, Chennai, India. He is a distinguished researcher and leather scientist. He was awarded India's National Civilian Honour the Padma Shri for excellence in Science and Engineering in 2001 and the Padma Bhushan in 2014. He was awarded the Shanti Swarup Bhatnagar Award, the highest award for science in India, for notable and outstanding research in Chemical Sciences in 1993.

Some of the Honors, awards and recognitions that have come his way include:

Sudeep Sangameswaran is the Managing Director of Paques Environmental India Pvt. Ltd. He is a Mechanical Engineer by profession with management qualifications. He has over 30 years of international work experience in Environmental Control, Water & Wastewater Management, Clean Process Technologies, Building Services/Construction, Infrastructure & related industries. Sudeep,is also a member of the Global Leadership Team of Paques Global, headquartered in The Netherlands.

He is a successful entrepreneur setting up business units from start-up and piloting them through the first phases of growth – in UAE, Canada as well as India. He is also a professional musician and the founder of a 'Professionals for Charity' Band "AAROHI" that perform Indian Retro Music. He is the owner of the popular online Indian Music Channel "TheJukeboxCEO". Through this platform, Sudeep has been a devoted fundraiser for V-Excel and has been our constant well-wisher. 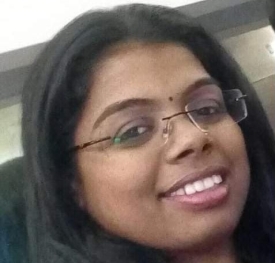 Lavanya Ashok is an academician and HR professional. Her experience in the corporate sector includes resource planning, counseling, training, strategizing and spearheading HR related activities. She has worked in various educational institutions in teaching, training, administration and coordination. She is a team player, assertive, proactive and result-oriented who also possesses excellent relationship building and interpersonal skills. She has twice been awarded the "Star Academic Deputy Leader" and has been recognized for implementing various projects. She has conducted several "Train the Teachers" programs and has been instrumental in the automation of CCE (Continuous and Comprehensive Evaluation) formats across 35 branches of Orchids Group of Schools. She specializes in administration-related activities like organizing events and camps, CSR Campaigns, BLAs, Vendor Management and recruitment. She has hands-on experience in Human Resource Management and Administrative related roles in zonal companies like Polaris, SITEL, and Procter & Gamble. She volunteers her time at Arana Foundation an NGO catering to the educational needs of underprivileged students.